This little ARKit augmented reality app was made to try:

I wanted shadows on the desk from the 3D objects, but I think I only partially achieved this effect. There is a light grey circle placed on a desk under the 3D objects, and an occlusion mask applied to the 3D objects so they appear to cause something like a shadow.

This app is on the App store as "Field Drops." 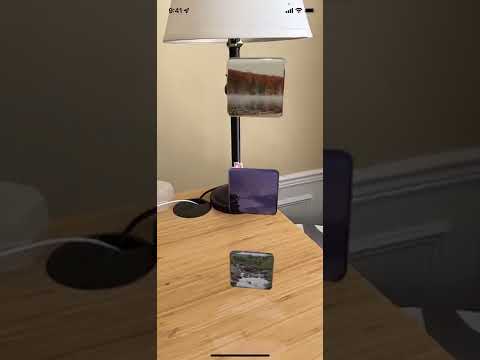